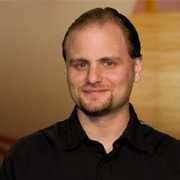 video editor with over 20 years of experience, Adam Martray has cut everything from promotional spots to corporate video to fictional film and documentaries on formats that range from 16mm to modern HD video. In addition, Adam is the proprietor of Adam Martray Event Videography, which produces videos of wedding and variety of other events.

For the past 12 years, Adam has been employed as an editor at RHED Pixel, a visual communications company in Northern Virginia. While his primary role there is as a video editor, he has also gained experience on all aspects of video and film pre-production, production and post-production. He has also served as a producer, director of photography/videographer and motion graphics artist in his position at RHED Pixel and in various freelance jobs.

Editor, RHED Pixel, Falls Church, VA. February 2006 to present
Serve as primary editor on numerous projects ranging from training videos to non-profit PSAs to broadcast spots. Clients include Children’s National Health System, lynda.com, The American Diabetes Association, Pearson and The Family Online Safety Institute. Involved in all aspects of pre-production, production and post-production including:
• archiving and organizing hundreds of terabytes of media;
• compressing and posting web videos and podcasts;
• creating motion graphics focused on giving clients a strong brand identity;
• keeping computer hardware and software up to date and properly functioning;
• responsible for final audio mixing, color correction and quality control;
• supervising other editors and collaborate with producers, graphic designers and other creatives to deliver compelling videos on tight deadlines;
• serving many roles in both studio and on-location shoots, from production assistant to grip to director of photography; and
• communicating with clients to ensure their message is effectively conveyed.

Videographer, The Pros, Washington, DC. April 2005 to February 2007
Served as videographer, capturing footage of wedding ceremonies and receptions, working with clients and families to provide the highest quality product.

OTHER FILM, VIDEO AND PHOTOGRAPHY PROJECTS

Assistant Editor, Of Dice and Men (2014)
Served as assistant editor for the feature-length independent film Of Dice and Men. Cut complex dramatic scenes and assisted in color correction and audio mix.

Experienced in upgrading and maintaining computer hardware such as graphics cards and memory, as well as connecting to peripherals like DV Cam decks, Beta decks and external monitors.

Experienced in a wide range of cameras for video production, including DSLRs, Panasonic HVX and HPX models, GoPros, Sony XDCAM and Red cameras.

Samples of my work can be found at adammartray.com